There’s a home movie — an old one, on actual film — that I like to watch around the holidays. It features my two siblings and me in front of our childhood home after a huge snowstorm. We’re toddlers. There’s a favorite red sled and the three of us in matching snow gear: puffy blue coats, adorable earflap hats, mittens. But the real star of the show is our dad. He zigs and zags us relentlessly through mounds of fluffy white powder, beaming frequently back at my mother, who holds the camera. His joy is palpable. At one point the sled tips over, and I start wailing. He turns it right-side-up, plops me back in and we resume. He is laughing, and before long, so am I.

I can’t have been older than 3, but I swear I remember that moment. I remember my father like that — young, and in love with his children, and their mother, and our little slice of the universe.

He got a diagnosis of Alzheimer’s in 2016. This year, his doctor told us that we needed to move him into a nursing home.

By then, he had been expelled from the local senior center for wandering off too much and was refusing to attend the adjacent, slightly-higher-security dementia day care. The strain of caring for him without one of those support programs was too much for our mother to bear, the doctor said. And who could disagree?

My father doesn’t just wander. He steals things from the grocery store — and the neighbors’ cars, and my mom’s purse if she doesn’t hide it. He gets up at 2 a.m. and turns all the lights on in their small one-bedroom apartment. Then he makes four pieces of toast and six eggs, and shovels it all in so fast, it’s a miracle he hasn’t choked to death yet. (He did choke once, but my sister jumped across the table and executed a just-in-time Heimlich that none of us knew she was capable of.) He leaves the stove on. Sometimes he leaves the front door wide open, too. He can never be left alone — and that means our mother rarely gets to be alone.

But while his family, and his physician, agree on the need for more advanced care, his health insurers do not.

Medicare does not generally cover long-term nursing home care. Medicaid does, but only when it deems those services “medically necessary” — and that determination is made by insurance agents, not by the patient’s doctors. The state of New Jersey, where my parents live, recently switched to a managed care system for its elderly Medicaid recipients. Instead of paying directly for the care that this patient population needs, the state pays a fixed per-person amount to a string of private companies, who in turn manage the needs of patients like my father. On paper, these companies cover the full range of required offerings: nursing homes, assisted-living facilities and a suite of in-home support services. In practice, they do what most insurance companies seem to do: obfuscate and evade and force you to beg.

When I told my father’s care coordinator what his doctor said, she was unequivocal. “He is not even close to qualifying,” she said. “He’s only 78, and he can still walk and wash and dress himself without assistance.”

I countered that he had “bathroom issues” and that he frequently refused to shower.

“Refusing to do something is not the same as being physically incapable of doing it,” she said.

“He’s refusing because he can’t manage the logistics, and he’s too proud to let us help him,” I said. But it was a pointless debate, and we both knew it. The real problem is not my father’s level of functionality; it’s the lack of available Medicaid beds and the absurdly high cost of any meaningful alternative. For example, there’s a lovely assisted-living facility just two miles from my parents’ apartment. But it costs $8,000 a month, on average, and does not accept my father’s insurance.

Like approximately four million other American families right now, my mother and siblings and I are plugging this gaping hole in our nation’s safety net as best we can. My sister has become an expert at talking my father through his rages — a common feature of dementia — and makes daily, herculean efforts to negotiate with him about basic hygiene, what he eats and how much he smokes. My nieces bring meals over as often as possible. And my mother prays and counts blessings — even on the worst days, when she has to lock herself in the bathroom to escape his mood swings. I am currently pleading with several entities for a visiting nurse, at least. I worry about my mom’s ability to manage my father’s medications, and I think several times a day about how serious an error in that department could be.

In the midst of all this, we are constantly gauging how much our father is still “here” with us. Sometimes I interview him when I visit, asking him what he remembers about his life and mine. But most of my efforts are more clandestine. We play Scrabble, and I search for clues in the words he makes. (He’s still quite good at the game, though he’s a bit of a cheater.) Or we watch old movies, and I study his face for glimmers of recognition. Sometimes I imagine him hacking his way through the dense plaques that are taking over his brain the way an explorer hacks through virgin jungle — his epic quest is to be present with us in the living room.

My father has always had a sense of the epic. When I was little, he and my mother regaled me with stories of the adventures they had, across Europe and South America, before I was born. As an adult, I have made it a tradition to reciprocate by reporting back to them from every country I visit. In October, I called them from Barcelona to describe the flamenco dancers and Gaudí buildings. My father started crying when he heard my voice, and my mother and I tripped over each other in a rush to calm and comfort him.

“Stop crying” I heard her say in the background. “Everything is O.K.”

“What’s wrong?” we asked in unison.

We miss him, too. We would like to savor our time with him, but we’re often consumed by the work of keeping him safe. There are nine of us — one wife, three adult children and their spouses, two grandchildren — and just one of him. And still, we scramble. Last week, he disappeared off the front porch without a word, sending my younger niece into a tear-streaked panic.

“He was literally right here two minutes ago,” she told my brother over the phone. She had searched the yard and the street, and checked with the neighbors on either side, all to no avail. It was getting dark, the temperature was dropping, and my parents’ neighborhood is not totally safe at night. They were debating whether to call the police when my father emerged from a stranger’s car and ambled onto the porch with a fresh pack of cigarettes. (We probably owe somebody 10 bucks for those.)

“It’s O.K.,” I told my niece, who was still upset when she recounted the story over FaceTime. “He’s O.K. You’re O.K. We’re all O.K.” As I said that, I realized it was only partly true. We are terrified, and bone-tired, and filled with love. We are tormented by the ticking clock. And we are zigging and zagging relentlessly, in search of what’s right in front of us.
12/03/2019 at 10:44 am Cindy Potters Alzheimer's disease, new jersey, NYTimes, sage eldercare News Share via:
Memorial Day Holiday Closing

Thank you to all the brave men and women who gave the ultimate sacrifice.

In their memory, SAGE will be closed on Monday, May 30th in recognition of Memorial Day. 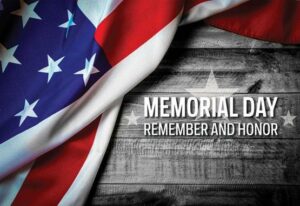